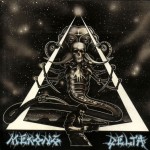 I received word from Ralf that he’s currently working on improving the Suite for Group and Orchestra (the ‘Fugue‘ is the only one not ready yet) and that he is completing the fragments. He hopes to complete this project before the second half of this year, so it can be released.

Other good news is that the first albums by MEKONG DELTA are to be re-released on vinyl, starting with the self-titled debut. The first album should be available somewhere halfway the month of May. These albums will be limited editions, so people that are interested should let Mekong Merchandising know they would like to reserve a copy. Before you start mailing me, I will create a form which you can use to notify Mekong Merchandising. Be patient.

Copyright © 2023, Inside The Outside Of The Inside. Proudly powered by WordPress. Blackoot design by Iceable Themes.